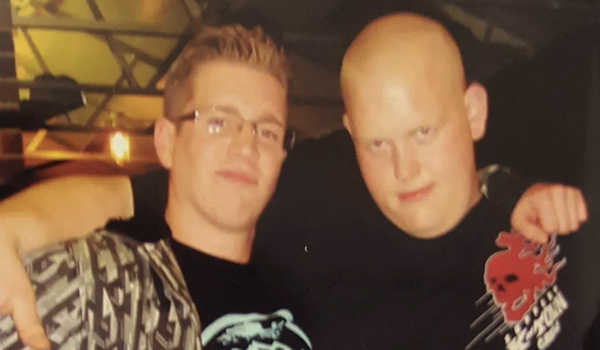 Wtf is a Slum Glutton? How I created my stage name.

It all started back when I was 10 or 11 years old. I loved to eat, and even at a young age decided to start being creative with food preparation. It was around the time where I was also playing make believe scientist, mixing chemicals up and lighting them on fire. Needless to say it was a messy time in my mom’s kitchen. My favourite thing to do was take the leftovers from the night before, chop them up into little pieces, add all sorts of new ingredients then fry them up in a pan. One day when I was cooking up a special blend of dinner left overs and breakfast food my mom said ” Your grandfather used to eat his food like that all the time, it’s called slumgullion”. Slumgullion is defined as a stew or goulash type meal. The origin of the word comes from the words “slime” and “muddy”. Its earliest reference was from a Mark Twain book, Only it described a washy beverage instead of food.

Fast forward 10 years later. I became obsessed with writing and rehearsing raps, although I never planned on doing anything with it. One day I worked up enough nerve to show my best friend Kyle (RIP). Now of course your homeboy is gonna big you up and tell you that you’re good, but the guy kept hounding me until I decided that I would release some content. I suddenly realized that I needed a stage name and had no idea what I wanted to call myself. I had been following a rapper / producer who had combined the names of his favourite serial killer and movie director, similar to Maryln Manson’s moniker. Out of nowhere the word slumgullion popped into my head, so I decided that my stage name would be a combination of my favourite food and my favourite deadly sin. Slum Glutton was born

Beta Testing! Please be patient till we get the bugs worked out. Dismiss